About the Lamar Orchestra 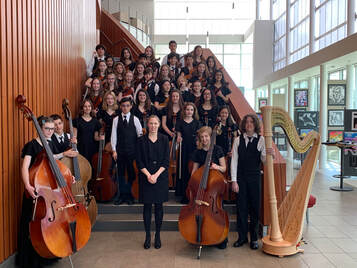 The Lamar Orchestra’s mission is to advance string education by encouraging the study and making of music by all, and to provide a strong foundation for a lifetime of music making.

The Lamar Orchestra has had a rich history of music making the the Austin Community for over 50 years. Today the orchestra is made up of over 120 students at Lamar from both the general school and the Fine Arts Academy. The program serves students who start learning a string instrument in 6th grade from the beginning to students who have many years of experience on their instrument. Made up of the beginner Scottie Orchestra, the Philharmonic Orchestra, Symphony Orchestra, as well as The Lamar Alternative Strings and Chamber Music, this program is known for high standards of music making and providing students with a fun and safe environment to explore their creative abilities.

The Lamar Orchestra strives to provide the highest level of musical study while providing support to students in the public schools with a whole-child educational approach. The orchestra is made up of students at Lamar as well as students who audition for and attend the Lamar Fine Arts Academy. If you are interested in the Lamar Fine Arts Academy and would like to be an Orchestra Major, please find ore information on the FAA website HERE.

Symphony Orchestra National Winners in Mark of Excellence!
From recordings submitted in May 2019 of our Symphony Orchestra and the Lamar Full Orchestra to the Mark of Excellence Orchestra Honors Contest BOTH orchestras were named NATIONAL WINNERS in both the Full and String orchestra categories! This means they were ranked in the top 25% of entries from across the country. Having both a String and Full Orchestra National Winner is an honor only held by one other middle school in Texas this year (from Allen, TX).
We are so excited to put the Lamar Orchestra on the national stage and happy that the students are getting recognition for their hard work and amazing performances! 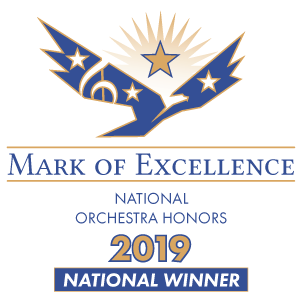 Listen to the Lamar Orchestras! 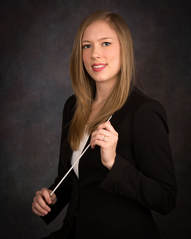 Jeni Berecek is the Orchestra Director at Lamar Middle School and Fine Arts Academy where she works with all the orchestras, beginner classes, and the Lamar Alternative Strings. She is so excited to get to work with all the students, faculty, and families at Lamar!

Previously, she taught Orchestra at Kealing Middle School in AISD for 6 years where she was proud to have worked with and conducted the 2017 TMEA Middle School Honor Orchestra. Her orchestras and guitar ensembles achieved superior ratings at each UIL Concert and Sight Reading Contest and Festival Contest performances.

Before her appointment in Austin ISD, Ms. Berecek began her cello studies at the age of 8 in the Centerville City Schools in Centerville, Ohio. After maintaining a private studio in high school, she decided to pursue a degree in music education at Miami University of Ohio and graduated in 2012 with a Bachelors of Music Education. During her time at Miami she played with the Miami University Symphony Orchestra and the Morpheus Chamber Orchestra, and was also awarded honors for her musicianship and dedication to music education with the Elizabeth Pottiger Cello Award, the Shumway Cello Award, and the Grothen Music Education Scholarship. Besides teaching in schools, she is an active cellist in the Temple Symphony Orchestra and Sienna String Quartet.  In 2010 she was an Intermediate Girls Cabin Counselor at Interlochen School for the Arts Summer Arts Camp in Michigan.

Her true passion is working with children and sharing her love of the arts. Outside of music her interests include spending time with her dog Ben, doing yoga, and art history. She spent the summer of 2011 living in Florence, Italy studying art history and is always planning to travel more around the world. She is so happy to be working with the wonderful students, parents, staff, and faculty at Lamar! 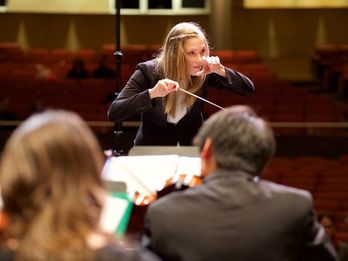